Roman glass objects have been recovered across the Roman Empire in domestic, industrial and funerary contexts. Glass was used primarily for the production of vessels, although mosaic tiles and window glass were also produced. Roman glass production developed from Hellenistic technical traditions, initially concentrating on the production of intensely coloured glass cast vessels. However during the 1st century AD the industry under went rapid technical growth that saw the introduction of glass blowing and the dominance of colourless or aqua glasses.

This new range of work utilises small pieces of Roman glass found in the Afghanistan region and has been combined with Lapis Lazuli and silver to breath new life into small ancient reminders of the past. 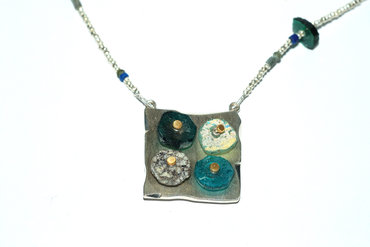 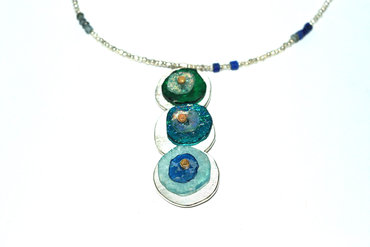 Pieces are made by Robyn Wernicke and are stamped with her makers mark.

Anke Kindle in the window!
CHRISTMAS AT SMALL SPACE!
It's A New year, It's a new Day!

We specialise in collaborating with you to design and hand make an original, one-of-a-kind piece just for you.